Smart Cities in Mauritius, the trap?

I often think about the excessive importance given to the real estate industry of Mauritius. Ever since the introduction of schemes to attract foreign expertise and capital, many have thought that foreigners are queuing up to secure a piece of land in Paradise Island. No, not everyone is in a rush to go to paradise. Sad observation, but true in every sense. 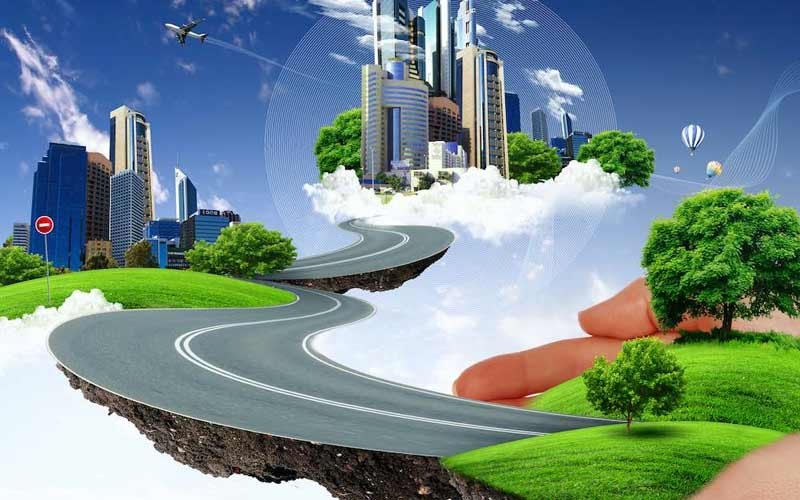 I believe that real estate industry cannot sustain long term strategy with regards to foreign capital and neither can this sustain economic growth on the medium or long term. I was a bit surprised, and I was not the only one, that the new government could not find anything better than to come up with another foreign investment oriented real estate scheme to boost our economy. I’m referring to the Smart City scheme which has recently appeared.

Smart city has a sexy approach, an underlying statement that it shall (finally) help improve the lives of Mauritians. Unlike IRS/RES schemes, the City will be a living space for all of us. It will be ‘Smart’, meaning modern, ecological and sophisticated – everything to please. But still, I’m not convinced. The way it is, I’m pretty sure that this will end up in the same fashion like IRS/RES villa, unless we bring fundamental changes to the whole country.

Government wants to implement Smart Cities to boost the economy and bring some fresh air to the socio-economic environment. Fine. However, we should be realistic enough to know that these Cities would only fulfill their role on the short or medium term. Once the sites are completed, we will be back to square one, with added burdens; filling the building, giving life to the cities and sustaining their economic functions. These burdens cannot be offloaded until and unless major changes are brought to the island in general. After construction, there are several equations to be solved; the first one being ‘who will occupy the Smart Cities’? This equation, in itself, leads to several other questions and issues that need attention. The mere act of building cities does not sustain any economic ambition, unless we believe we are Ramzan Kadyrov and building fictitious cities is enough to make us happy.

PpowerMauritians, in general, are not waiting any smart cities to have a primary residence. The problem lies neither in the supply nor in the demand. The problem lies in purchasing power. Besides the elite, no one is really able to afford a new dwelling in today’s circumstances. Had it been the case, all those new apartments & residential complexes would have found their owners and not left unoccupied (or even unattended) by now. Some, initially nice buildings, are now eyesores. The twin towers of Elypsis are like huge (and sad) ghosts, dressed in white, staring right at you… This is one example. IRS and RES villas are crying in their desperate quest of occupants. As mentioned earlier, not every foreigner is queuing up to find a place in paradise. All those residential units were tailor-made to welcome foreigners; Mauritians were considered as second-class citizens by promoters. We were not part of the formula, never (it’s useless to even try convincing me on this!). Besides promoters, even those small sugar-cane land-owners refused to sell their (otherwise worthless) lands to Mauritians, in the greed and wait of Dollars & Euros. We all suddenly believed that the island was a new world real estate Eldorado and people would rush to us with their money. I never believed in this, still don’t and I was right. All this illusion, based on the value of our real estate, messed up the whole industry. Overestimation of prices, over-confidence, and exaggerated expectations.

I often argued that the IRS/RES would fail because besides these buildings, the country offered nothing interesting to buyers. High net worth people require good casinos, nice roads and entertainment. They don’t need houses or ocean views (unless they can show off their yacht to fellow high net worths). Our casinos are probably the only ones in the world to reckon financial loss! All the luxury villas have price tags that are similar to villas in California. We are in Mauritius, for God Sake!

It all comes to one point: Mauritius need to offer a complete package besides concrete walls if the country wants to attract capital owners of the world. A quick glance at our internet connection (speed & price ratio) leaves a very nasty aftertaste, a dark side of the self-proclaimed ‘Cyber Island’. The cosmetic measures will not work unless we apply a comprehensive strategy. So far this has not been the case.

Similar results can be expected from Smart Cities. At this stage, we only heard that brand new cities (it’s like having a smartphone but no money to
buy subscription or a SIM card) will appear in some places, 5 of them already earmarked (to my knowledge) and in advance state of….paperwork. Five huge sites will definitely create jobs and give a push to some industry sectors, over and above the construction and real estate industry. Honestly, the sweet part will last only as long as construction is in process. What happens to these cities after construction? An easy equation: 25% of the properties will be reserved for Mauritians. How do you expect them to acquire such property when banks are operating a mafia style system where only those sweet to them can get loans and facilities? No, this is not an exaggeration; broke guys and crooks happen to get huge loans with tiny interest rates and exemption from questions and heavy paperwork. And they are not even acquire a primary residence, the basic needs of a human being. This is fact. When middle class family request a housing loan, the paperwork and investigation is so bulky that it can frustrate CIA agents. So no, the 25% reserved in smart cities will again to the elite of the country, those having the right names and right contacts.

Now let’s talk about the remaining 75%. Normally this is addressed to foreigners. This puts another question on the table: what these foreigners are expected to do in Mauritius ? All of them will not invest, many will take up employment in an already complex unemployment situation. So here comes frustration, anger and ….looming not too far is xenophobia. Are we just trying to repeat the history of South Africa or Zimbabwe here? Will our future generation not cry revenge and congratulate itself for violent actions in view of snatching back lands lost to foreigners? No, I’m not a lunatic person. Facts again: our port area will soon be flourishing under petro-Dollars. Foreign promoters will take over our port region, develop and manage it. There are plans to acquire state-owned companies which are actually handling these. Second project: our government will soon be relegated to a tenant role, handing the landlords role to, again, petro-Dollar owners. Yes government will leave its historical buildings in Port Louis to rent buildings in the Heritage City to be built by Dubai promoters. I just hope I’m wrong and that my children won’t live in a foreign owned country.

Would it not make better sense if the same enthusiasm is showed in developing special industrial or technological zones to promote entrepreneurs? Would it not sustain productivity and economic growth as compared to building cities with no real economic objectives other than that of boosting the construction sector?

Our youngsters are already in a social coma. Drugs, alcohol, unemployment, violence and lethargy is hitting theme in the face. Add all this to the prevailing frustration caused by the visible sign of wealth demonstrated arrogantly by some foreigners. An example: our newly qualified accountants cannot compete with the increasing number of foreign accountants settling down on the island. These foreigners leave their country, where they apparently could not succeed, to eat the ‘already small’ share of our market. One part of this market is foreign investors creating their businesses on the island. These foreign accountants position themselves in way that no Mauritians get access to foreigners relocating to Mauritius. Some even request in writing ‘Mauritians are not reliable, talk to your fellow citizen’. So how do we see a brilliant future here when we are all aware of the number of students taking chartered accountancy exams every 6 months on the island?

balanceIt all comes down to balance. There should be equilibrium everywhere. There should be a minimum protection and equal playing fields set in all areas. Similar to what is applied in the tourism sector, foreign capital and expertise should be allowed but based on ‘protection’ strategy where the rights and talents of Mauritian professionals are not handicapped. The idea is to introduce a selective immigration process for real business people and eliminate those who think that Mauritius is an unexplored land, filled with incompetent people. Accountants or lawyers trying to relocate should be subject of heavy investigation as to why they leave larger markets to set base in a tiny island and relegate themselves to a tiny market. They should not be lauded straight away but put to test. This is not discriminatory but will help prevent xenophobia from touching our shores in the future when frustration will give our youngsters a reason to rebel.

With our excess enthusiasm on property development we are just sending the wrong message that Mauritius is beautiful and that anybody can get a share of it with the right amount of money in their pocket. Except words, I can’t see any effort in nurturing the talents of our people. Sustainable development comes from investment in younger generation, in the believing in their abilities and giving them the tools & instruments to contribute towards the success of our country.