Mauritius, at a turning point?

After two months of absence, I’m back. First apologies for this long break. There were so many things going on different fronts that held me up. Mauritius has also been quite in trouble waters, so to say, with the Wakashio wreck and all the oil spilling drama that happened. Mauritian population joined hands to build booms and other systems to keep the oil away and clean the shores.

I must say this is probably the most collective patriotic action I have ever seen in my life. It is more than heart warming, it is a symbol of hope. As one people, as one nation… was our national anthem says. 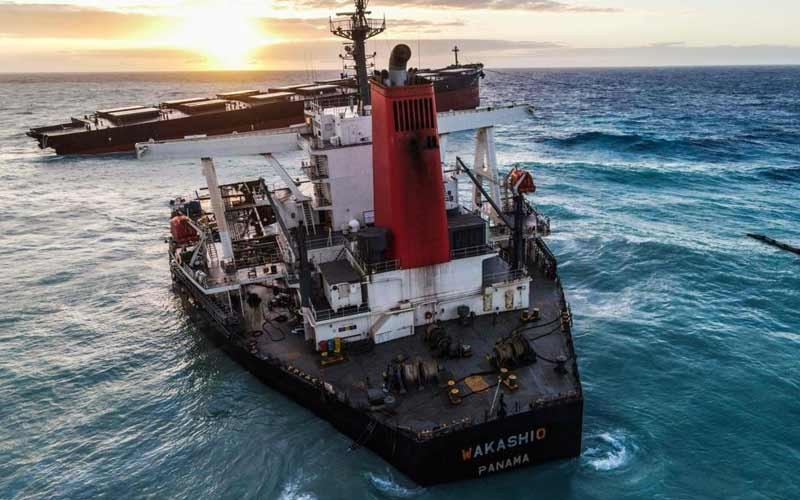 Thousands of questions are being asked, in parliament or on the streets. What matters most is that the oil spilling was finally contained, it didn’t do as much damage as expected, but still the marine eco-system is affected for some time now. We now have to think about all those fishermen who were earning their living out of the sea; Mahebourg, the most affected village has fishing as its primary economic activity.

Mauritius is resilient, we know that; we will fight and get it sorted sooner than later.

So now, post-Covid and post-Wakashio, the island is under much pressure. We need to stand up again. The tourism is in a comma as borders are not opened yet. We are dependent on many factors to decide on actual reopening of the island to the outside world and the lack of clarity on immediate future does not play in anyone’s favor. Operators in the tourism sector are facing a wall, while their overheads keep running. So far, many are trying to keep their manpower but the question is for how long?

This brings back the question of economic diversity. Every year, some important people at the head of the island are paid hefty salaries just to add a word to ‘hub’ to something… ‘knowledge hub’, ‘education hub’, ‘seafood hub’, ‘ICT hub’, ‘international commercial hub’, ‘freeport hub’, ‘blockchain hub’ and it goes on and on, without one of these ideas deserving the qualification of ‘hub’. Intentions are brilliant, announcements are grand but reality is different.

These announcements can only be transformed into reality by private initiatives, investment and brain. Sad to see that the support mechanism from the authorities is not there; and I’m not referring to financial aid – I’m referring to a support system that is devoid of any excessive bureaucracy. I’m referring to the competence of officers who stand on high horses, approving or rejecting projects, without really understanding the basics. I’m referring to a consensus approach to projects and not a blunt ‘approved’ or ‘rejected’ approach. The authorities should be able to communicate their concerns and ask for rectification / modification of a project where applicable, with the intention to make it happen. Instead, investors and entrepreneurs face a cut-throat system of yes and no.

Just an example, I have seen more than a dozen projects for waste management, all types, in the last decade. Yet, there’s not one single private waste management operation on the island. We are still stuck with a saturated waste depot sitting next to a residential area! The tourism sector has known no real variety of projects because of this same reason.

There’s no tourism industry in Mauritius, as I said in a previous article, we only have the hotel industry.

Thousands of initiatives, local or foreign, have always been turned down for obscure reasons; and in most cases the competence of the officer assessing the project remains a big question. The project was not understood. If you are wondering why Mauritius lacks leisure facilities, this could be a hint.

All this favors corruption, for many reasons. An incompetent officer who says ‘no’ without understanding a project can also easily say ‘yes’ with some motivation. He doesn’t understand the impact of his decision, whichever way it goes.

For Mauritius to stand up and work its way further, there should be a shift in mentality. Appointment to posts of responsibility should be done on exclusive on proven competence. The same conditions being applied to projects should apply to people vetting them. You should tick all boxes to sit on a specific chair. No, those boxes shall not have one qualifying you on the basis of your family name and/or the name of any influential people you are related to. The civil service should implement a training / development program with an accreditation formula. Promotion to higher instances shall only be accessible after a certain rating. There are many systems that can be implemented to guarantee a level of service and a level of competence in critical areas. Unfortunately this is not the case at present but it has to change if we want to be at least qualified as a ‘hub’ in something.

It is true that we are not living in a perfect world and each country has its own set of issues. That does not exempt anybody from deliberately walking in the wrong direction. A no return point would be fatal for Mauritius.

The nonchalance is killing. It is not a case of ‘it has always been like this’ but a case of ‘what can we do better’.

What deserves the applaud is the way Covid19 pandemic was treated in Mauritius. We are Covid-free for some time now. We had to sacrifice economy for health. Prompt action and the right policies led to the results the world knows : Mauritius has beaten Covid19 in first round. We are still containing the possibility of a second wave and doing well so far.

The decisions were clear and correct. But what do we do from here? If there is a new normal for people (wearing masks, social distancing, hand sanitizing, etc.), shouldn’t there be a new normal for those taking decisions; a new way of doing things? Probably this is the right time to change for the better.

This is all I wish for Mauritius. Improve, improve… not sit on our laurels. Time to act is now, we can.

The decisions were clear and correct. But what do we do from here? If there is a new normal for people (wearing masks, social distancing, hand sanitizing, etc.), shouldn’t there be a new normal for those taking decisions; a new way of doing things? Probably this is the right time to change for the better.

This is all I wish for Mauritius. Improve, improve… not sit on our laurels. Time to act is now, we can.