PATRIOTISM AND LACK OF CLARITY

Covid is a word no one can avoid. Human life has never felt that much insecure, amplified of course through the enhanced information and communication facilities that link us all. 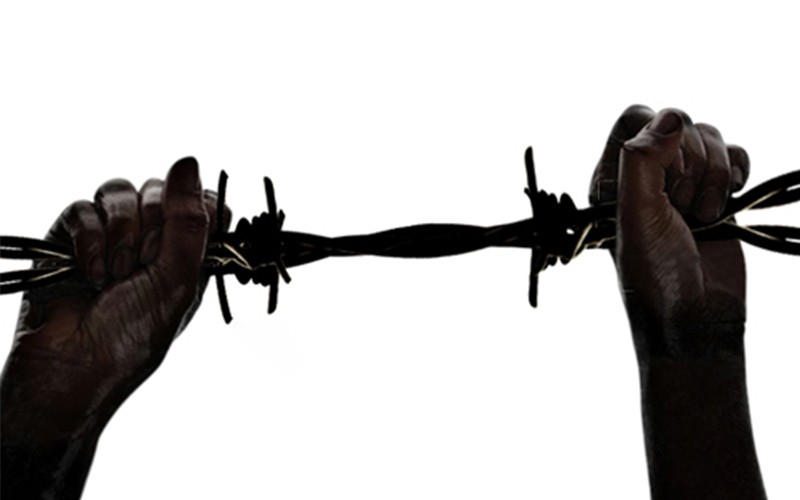 We can talk about Spanish Flu or other sanitary calamities that hit planet Earth, but none were documented, presented and distorted and, above all, so rapidly disseminated as information. Too much information, unverified information rather, creates nothing else but fear among people. Self-proclaim experts have infested the social media, giving their unsolicited opinion on everything, feeding the naïve with more negatives.

Mauritius is just a small village where gossips and rumors keep people breathing. It is a kind of national sport very deeply rooted in our DNA. All these have created a curious atmosphere among people. I am sure that this is basically the case everywhere else in the world, but the creole language (maybe) makes it all a bit more spicy than normal. As a born and bred Mauritian, these are normal to me and are not at all a source of worry.

What worries me is the actual lack of clarify for foresightedness from our decision makers.

It seems that we have adopted the management-by-crisis model. This is not a political blog but everything in Mauritius being political, I cannot avoid the subject. It is easy to manage in the absence of major constraints, true management is revealed when storm actually hits the ship. Today we are at this point. Nothing (for me personally) at this stage can confirm the competence of the navigating crew. I will not point to the captain as the sole responsible person. Our ship is just afloat, no specific destination has been communicated to passengers. In fact, we are being told that a wreck is possible, but we owe our existence to the masters who have so far avoided the worse. This is not normal. It could have been during the early days of Covid, but not now. When Government is telling you to start living the new normal, it is visibly having difficulties in practicing what it preaches.

Most private businesses have, by now, figured out how to work-from-home. Employees are already performing well under the new conditions, from their homes. We thought this was going to be difficult, with family members, children and specially in-laws around. It wasn’t; we have adopted the concept wholeheartedly knowing that without it many enterprises would be at a complete halt. Entrepreneurs and private operators are doing their best to readapt their business, devising new strategies to live with the new normal. Unfortunately, this is not the case with Government officials.

They are still living their old normal, sitting on hefty usual salaries and perks ; shouting their false desperation and understanding of the dire economic situation we are in. Some are even warning of unavoidable crash coming soon. Efforts and comprehension is needed from the population, they say, while on the other side, they are openly enjoying the same benefits as in normal situation.

Why an entertainment allowance in a period of lockdown, for instance? Why should there be cold clothing allowance for an Ambassador posted in a country bordering the Equator? There are many such questions but since the aim of my blog is not political, I would stop it here.

The annual budget speech is due for presentation by start / mid June 2021. I am sure many unpopular measures will be implemented, using Covid as excuse. The fact is that mismanagement has depleted the cash reserves (including Foreign Currency). Banks are unable to finance foreign currency transaction because of lack of availability of Dollars and Euros. Exchange rate is getting to ridiculous proportion. The Euro is at MUR48+-, a rate I remember more than 20 years ago. Western Union is no longer able to make payouts. Public Debt is around 91%. Of course, beyond the debt that every Mauritian and his future generation will carry, we will also be called to finance the present situation.

There is no miracle to it. Every country is suffering. However, being on a small island, the equation must be simpler. We already have the biggest number of ministers per person in the world. We have one of the highest paid Prime Minister worldwide, overmatching giants like Putin or Modi. Economically this is not sustainable. Politically, perhaps.

The forthcoming budget speech is being awaited with much apprehension. Already, we have seen the implementation of Contribution Social Generalisée (CSG) which has increased the cost of manpower on the island. Employers, business promoters and foreign investors have frowned at it. But again, the difficult situation of Covid was brought forward as excuse. Personal tax has been subtly changed to hit those earning more than MUR3 million annually, fair enough. But to finance what? The lavish lifestyle (not to say indecent) of many? To finance unnecessary projects? Some political nominees sitting at the head of various important organizations are blatantly incompetent and this can be observed through the decline in effectiveness, efficiency and public perception. Yet these are the princes of the island, both in terms of wealth and power. I am being overly critical and probably harsh in my observation. Probably because I am a son of this soil and my only concern is to see my country shine… and I am mad at the inequality and lack of clairvoyance from decision makers.

We are all worried about the tourism industry. For more than 20 years, we have not implemented any strategy that makes sense to the modern world. We have been sitting there, relying on sun, beach and natural beauty. We built up a hotel industry instead of tourism. So easy, today, to put all the blame on Covid. The virus is just the straw that broke the camel’s back.

Some of the measures that would seem plausible and would avoid us falling into economic nonsense, in my humble opinion and experience:

Freezing or stopping unnecessary wastage will surely not be sufficient to compensate the loss of income, but it will send the right signals to the population. It will further trigger a sense of patriotism helping all of us participate in saving the country.

Decision makers are at crossroads. Here, they can either prove their worth or confirm their incompetence. It is time now that competence takes the lead over relationship and nepotism. If the population has to understand that we are living in a difficult situation and has to make sacrifices; then the overpaid government officials not delivering have to understand too.

Decision makers are at crossroads. Here, they can either prove their worth or confirm their incompetence. It is time now that competence takes the lead over relationship and nepotism. If the population has to understand that we are living in a difficult situation and has to make sacrifices; then the overpaid government officials not delivering have to understand too.